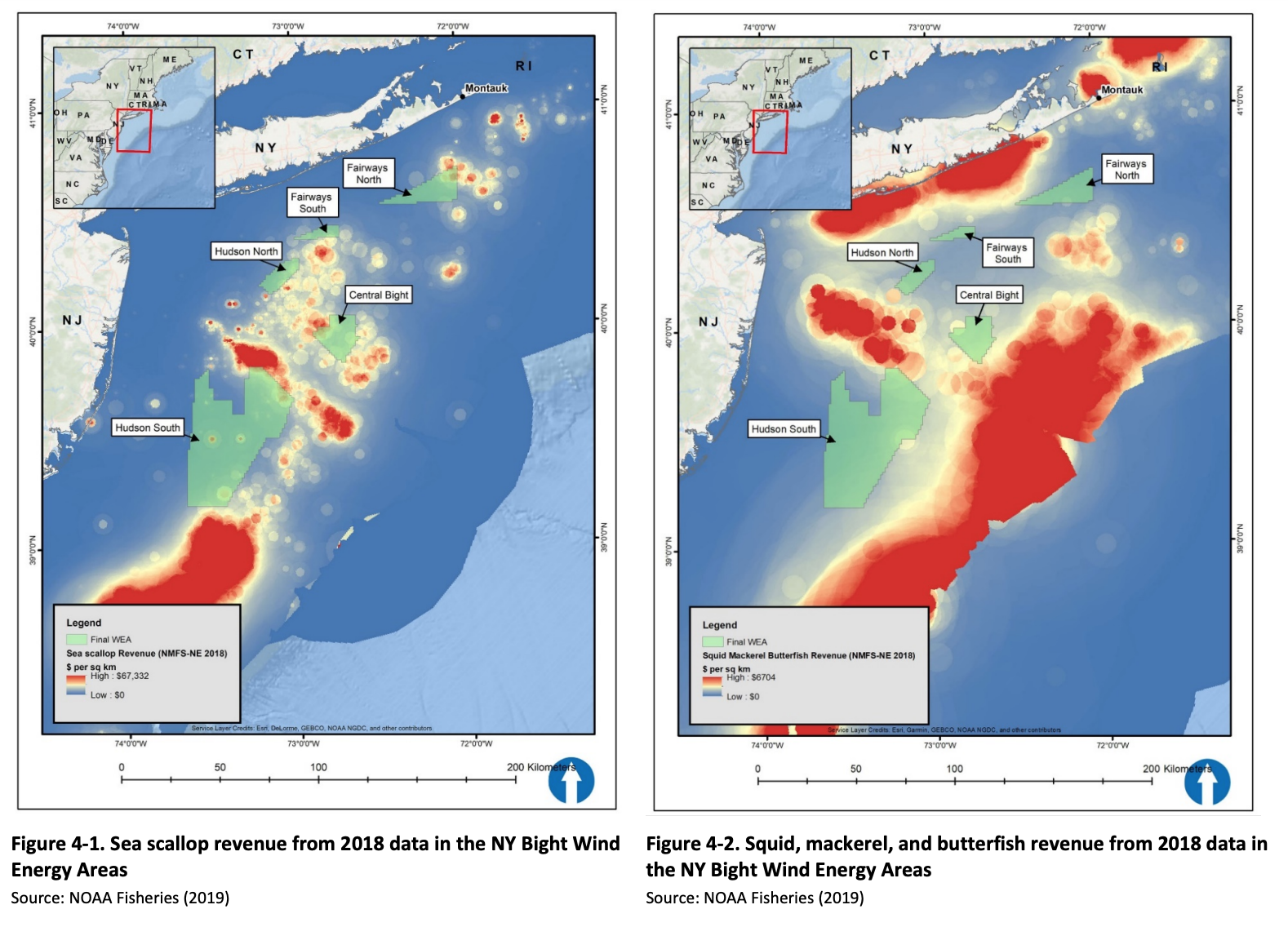 Reading the advice offered by BOEM to wind developers

The Federal Office of Offshore Energy Management is awaiting feedback from fishermen until August 22 on the agency’s latest ideas on how wind energy companies could mitigate the impacts of building offshore turbine arrays. .

On June 23, BOEM released its draft guidance documents outlining the agency’s thinking on ensuring the new US offshore wind industry can work with the long-established commercial and recreational fishing industries.

In the draft document that followed, financial compensation received the most attention. Many fishermen, especially those fishing with towed mobile gear like trawls and dredges, insist that they will be effectively locked out of the areas after the turbines are installed.

The magnitude of these future losses can be expanded upon in a separate ‘Appendix A’ to the document which outlines BOEM’s ideas for calculating ‘Revenue Exposure Estimates’. Such calculations could determine fair payments to fishermen due to lost revenue for wind projects.

The estimation of fishing effort, catches and value from wind concessions has been the subject of intense debate for years. Early attempts at BOEM using federal and state landings reports were hotly contested by fisheries advocates, who collected vessel tracking records to show where proposed wind development sites included heavily used fishing grounds. .

Since then, BOEM has worked closely with the National Marine Fisheries Service to develop better systems, mapping the most used and valuable fishing areas.

The mitigation strategy methodology is based on using federal fisheries catch and revenue data as a starting point. The NMFS and its Northeast Regional Office are the main source of income calculation in this region. The first U.S. wind projects are to be built there, and mitigation measures could be tailored to fisheries on the Southeast, Gulf of Mexico, and Pacific coasts.

Appendix A includes a table titled “Products Derived from Exposure to Fishing Revenues”. The table includes links to federal NMFS and BOEM databases, as well as simpler documents. One is the January 2019 report prepared for the 800 megawatt Vineyard Wind Project off southern New England, titled “Economic Exposure of Rhode Island Commercial Fisheries to the Vineyard Wind Project.”

Using the chart, companies would develop potential revenue exposure. One reference, for example, is a link to NOAA’s “Fishing Footprints” site to calculate earnings or “landed pounds” data, for about 75 species, from 1996 to 2018. Yearly totals are provided and there there are also filters for “cash”. “gear” and fisheries management plans.

The BOEM lists 13 species and species groups – for example, Atlantic herring, anglerfish and multispecies small mesh. The agency believes there is a “high degree of confidence” in revenue estimates based on fishing footprints.

For the non-specialist, the information on these sites is not always simple.

For example, a Fishing Footprints map for haddock in 2015 shows a dollar figure: $837,000. But this sum is not in any context. In an email, NOAA was asked for clarification and staff explained that the amount referred to the highest dollar value in a certain ocean area, in this case a 500 meter square, part of an analysis grid.

In fact, NOAA suggested another site for revenue information. Interestingly, this alternative site is not listed in Table 1 of Appendix A. The point is that anglers will want to ensure that revenue decisions are based on clear and transparent methods, in the context of apples apples.

Things get more complicated with “data-limited commercial fisheries” and species for which “there are substantial limitations” to revenue exposure data, including American lobster, Jonas crab and highly migratory species like tuna. and swordfish.

For these numbers, BOEM suggests using a spreadsheet-like format, drawing information from a variety of sources. It also suggests that energy companies prepare exposure estimates for onshore seafood companies, such as bait suppliers and seafood traders and processors.

The draft does not indicate how someone could file a request for payment and what type of documents would be required to complete such a deposit. Again, this project is for wind energy companies, not individual fishers.

Keep in mind that mitigation measures are suggested measures – not directives to the wind developer. Mitigation measures should be included in a company’s site assessment plan or construction and operation plan. These could follow BOEM’s guidelines, or the company could come up with different ideas.

Here is a brief overview of other BMP topics:

BOEM suggests early interactions between energy companies and fishermen. BOEM writes that no “standard installation design will mitigate potential impacts on all fisheries in all regions”.

But BOEM suggests that certain design elements should be on a company’s shortlist. These include:

The Security section makes only a brief reference to the National Academy of Sciences report from last February on how wind power towers interfere with the radar of marine vessels. The draft paper suggests monitoring for radar disturbances and that companies should consider paying to equip fishermen with improved radar systems to operate safely near turbine arrays.

This discreet reference contrasts with the much more pointed public concerns of fishermen.

The Fisheries Survival Fund, a group of sea scallop fishers on the East Coast, told BOEM that while steps can be taken to better secure vessels’ radar systems, “those steps must be identified, tested, proven and specified in processes that include fishers”.

Responding to BOEM’s request for comment on navigation issues, New York State officials suggested waiting for safety guidelines until the NAS radar study is complete. A fisherman wrote: “Radar systems are practically useless inside a wind farm. Suggest a new system that displays targets relative to your ship and I’ll withdraw my comment.

This thematic area refers to a longer and more subjective set of requirements and tasks to document changes in fisheries and other environmental conditions due to offshore wind development.

The second relates to recent work in 2021 conducted by the Responsible Offshore Science Alliance, supported by the fishing industry, and prepared in collaboration with government fisheries officials. BOEM refers to this document as “an important resource for understanding the considerations needed to develop pre-construction, construction and post-construction fisheries monitoring surveys”.

Next Steps: Hardball or Softball?

One concern with the guidelines is their informal regulatory status. Fisheries advocates are lobbying BOEM to set enforceable conditions in future operating permits for wind companies.

This perspective is clearly expressed in the comments of the Responsible Offshore Development Alliance. RODA is a coalition of over 200 fisheries-dependent businesses, associations and community members who have been the primary voice in bringing their concerns to BOEM and the wind industry.

RODA insists that BOEM has the authority to “impose any necessary permit conditions” under federal law to protect environmental standards. Additionally, the group notes that developers are already deviating from the communication guidelines established by BOEM and that wind developers “have publicly acknowledged their interest in regularly using deviations from the guidelines.”

New York State agencies, from the Governor’s Office to the Governor’s Office, are fully committed to the development of offshore wind energy. Still, state officials acknowledged the concerns of RODA and New York fishers, to “recommend that BOEM consider all regulatory avenues,” including “congressional action to seek a legislative solution to standardize and mandate compliance”.