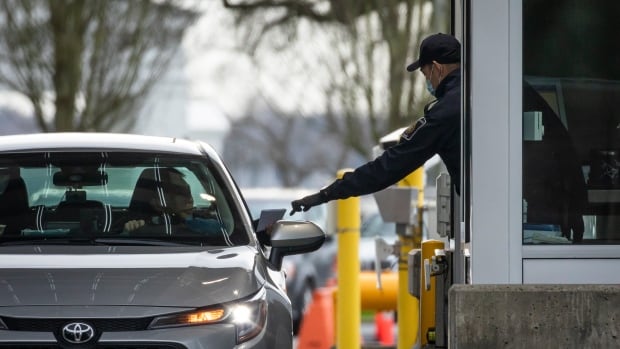 A group of mayors and businesses from communities along the Canada-US border are calling on the federal government to end the ArriveCAN app, saying it discourages Americans from visiting and shopping in Canada.

Sarnia Mayor Mike Bradley said the app was a disaster and is no longer needed.

“When you mount a dead horse, get off the horse,” he said. “That’s what the federal government needs to do.”

Niagara Falls Mayor Jim Diodati said his community depended on tourism and the 10 million people who crossed the border each year before the pandemic.

“We usually have a traffic jam,” Diodati told reporters. “This year, with this uncertainty, confusion and maze of rules at the border with this ArriveCAN app, it will be a disaster at the border if Americans even choose to come.”

The ArriveCAN app was introduced during the pandemic to allow travelers to report their trips and vaccination status. Ottawa requires travelers to use the ArriveCAN mobile app or its desktop version to submit their travel and health information related to COVID-19 before arriving in Canada.

The calls to drop the app come a day after the federal government announced it was easing a number of restrictions introduced during the pandemic. It did not announce that it was removing the ArriveCAN app.

NDP MP Richard Cannings, whose South Okanagan-West Kootenay riding in British Columbia includes six border crossings, said trade was down 95% for some of the businesses in his riding.

“We are really dependent in normal times on this cross-border traffic,” he said.

Cannings said he would like to see the government put in place a system that keeps Canadians safe while allowing businesses to continue.

Cannings said some of his constituents find the ArriveCAN app difficult to use.

“My constituents are very worried because a lot of seniors don’t have a phone, don’t know what an app is and yet they have to produce it when they return to Canada,” he said.

Barbara Barrett is Executive Director of the Frontier Duty Free Association, the industry association for Canada’s land border duty free shops. She said border communities are “the hardest hit of the hardest hit”.

Diodati said the past two years have been devastating for tourism in the Niagara region.

He called on the government to take the extra money it plans to spend on the ArriveCAN app and give it to municipalities to help them attract tourists.

“What’s happening right now is Americans showing up in their vans with their families at the border not knowing about the ArriveCAN app,” Diodati said. “They don’t have roaming, they can’t download the app, there’s a line of cars behind them, they can’t enter the country.

“If you bother your customers they come back and tell all their friends and many people are bypassing Canada and it will have lasting effects on this country.”

Pauline Quinlan, former mayor of the Quebec town of Bromont, said the app was unnecessary and discouraged tourism in her area.

Bradley said mayors from border communities used to meet regularly with the federal government during the pandemic. Now, he says, they are not consulted and the government is not responding to their needs.

“It’s like a boa constrictor on our communities that just squeezes the economy when we should be going the other way,” he said.

US Congressman Brian Higgins, whose district includes Buffalo and Niagara Falls, echoed the call for the removal of the ArriveCAN app.

“The ArriveCan app and other restrictions continue to be a barrier to the free movement of people across the northern border,” Higgins said in a news release.

“My office regularly receives calls from residents of Western New York frustrated and confused by the technology and the frequently changing and disjointed requirements for passage between the United States and Canada. Therefore, to work around the uncertainty and the hassle it creates, many avoid crossing the border entirely.”

Officials from the Canada Border Services Agency, the Public Health Agency of Canada and business groups are scheduled to testify before the House of Commons International Trade Committee later Wednesday.

Do you have questions about this story? We answer as much as possible in the comments.

Do you remember Foursquare? Location technology used by Apple, Uber knows you