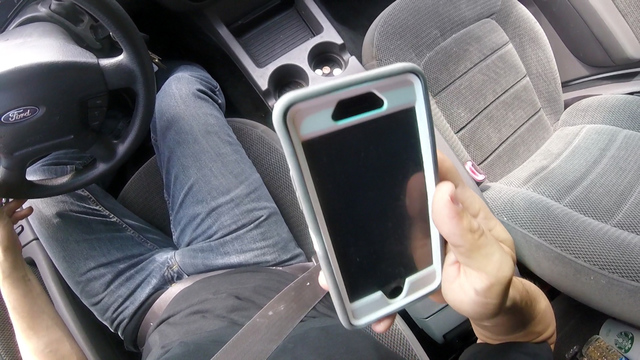 NORTHAMPTON, Mass. (WWLP) – Senator Jo Comerford is proposing “Charlie’s Law” to prohibit drivers from recording or broadcasting videos of themselves while driving.

Driver pleads not guilty in death of Northampton cyclist

A Williamsburg woman has been charged with motor vehicle homicide in connection with the death of Charlie Braun, a cyclist who died after being hit by a car in Northampton. Haley Kelly-Sherette has pleaded not guilty to negligent motor vehicle homicide charges, failing to stop for a stop sign and FaceTiming while driving.

The Charlie Law would be in addition to existing hands-free driving law prohibiting anyone from recording or broadcasting a video of themselves while driving. According to a press release sent to 22News from the office of Senator Jo Comerford, the bill provides an exception for “dash cams” which are mounted and operate continuously to record video in order to monitor traffic or traffic. passengers, as commercial vehicles or ride-sharing drivers for Uber or Lyft often do.

Charlie’s partner Joan Ringrose Sellers said: “I see it as if Charlie has been swept away by a tsunami, the dangerous and destructive rising tide of distracted driving. We can all see it coming and we watch it sweep away things and those we love. This small act of closing this loophole in distracted driving law, along with a renewed and vigorous advertising campaign, is expected to deter and decrease the use of cameras and social media content filmed in moving vehicles. This will give the others the right to go home, which Charlie will never do again. “

“Massachusetts has a strict hands-free driving law, passed in 2019. Our current law prohibits drivers from holding any mobile electronic device in their hands and prohibits reading or viewing text, images or videos displayed on a vehicle. mobile electronic device. However, the law could be interpreted as allowing someone to record a video if they are not actively handling the device while driving. Many vlogging advice sites advise people how to mount a camera so that they are “hands-free” while still being able to actively interact with a mobile device, ”Comerford notes. “Charlie’s Law will close this loophole and allow Charlie Braun’s tragic death to send a clear message to the public about the dangers of videotaping while driving.”

“When we passed hands-free legislation in 2019, we saw driver behavior change. Then COVID hit, and our driving habits, including phone use while driving, have deteriorated over the past 20 months. This hands-free law amending legislation will remind drivers that the car is not a place for Zoom meetings, FaceTime, or vlogging. We have to remember that when we are driving it is the only thing we should be doing, ”said Emily Stein, President of the Safe Roads Alliance.

“AAA Northeast supports improving the hands-free law to discourage unsafe driving behavior. Even though recording a video while driving increases a driver’s risk of causing an accident, behavior is becoming normalized on social networks and traditional media. Strengthening the law will create educational opportunities to inspire all motorists in Massachusetts to make safe and focused driving their priority on the roadway, ”added Mark Schieldrop, public affairs specialist for AAA Northeast.

“I am devastated by the death of Charlie Braun and I am committed to working at the municipal level to make our streets safer for all road users. We need to look at safety from all angles, including road design, speed limits and driver behavior to avoid future accidents. Northampton is working to implement possible changes at the municipal level; we need to partner with the state for legislation to enact more impactful changes, ”said Karen Foster, City Councilor for Northampton Ward 2.

Galen Mook, executive director of the Massachusetts Bicycle Coalition, said: “Unfortunately, we are seeing fatal crashes involving drivers broadcasting videos of themselves while driving, and this bill reinforces the intent of the original law. on hands-free to prohibit unsafe behavior and responds to changing and popular technology. The severity of this danger cannot be overstated, and when we cycle the streets of Massachusetts we see it every day when the drivers are not fully engaged. We believe that the improved wording of this bill sends a strong message to drivers to remind them of their responsibilities on the roads, while granting them the right to record in situations related to the safety of persons in the car. As advocates, we will be attentive to how this law is implemented, being aware of the potential for selective enforcement, and we hope that a stronger bill can be used to educate all drivers to exercise their responsibility, ultimately mitigating the need for enforcement. and prevent accidents.

A public hearing on the bill will be conducted before it is assigned to a joint committee.