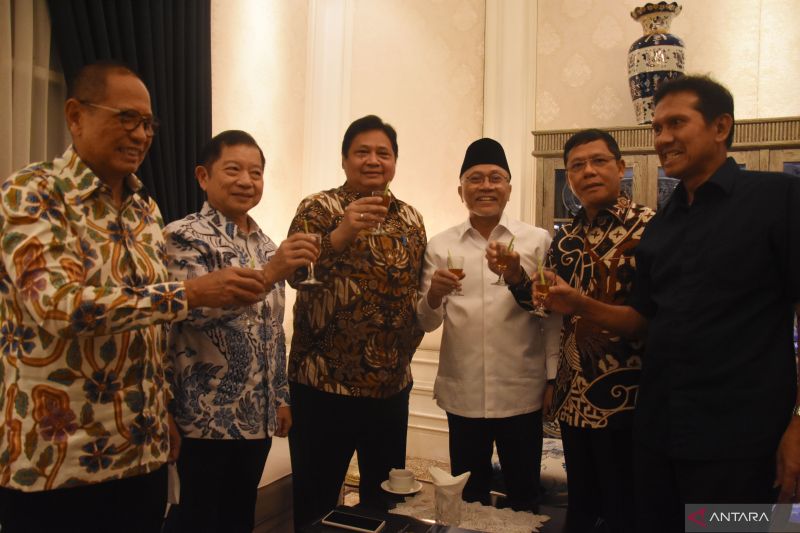 The new commissioners of the General Election Commission (KPU) have pledged to pursue the speedy finalization of the regulations for the 2024 general elections as one of their first programs.

On Saturday, May 14, during a meeting of the working committee, also called konsinyering meeting, with Committee II of the House of Representatives (DPR RI), the Ministry of Interior and the organizers of the general elections, KPU, Bawaslu (General Election Monitoring Agency) and DKPP (Honorary Council of Election Organizers ) explored the possibility of shortening the length of the campaign period from the originally proposed 120 days to 75 days.

The campaign period, according to Commission II, can be shortened to 75 days if two conditions regarding the election logistics procurement mechanism and the technical arrangements for resolving electoral disputes are met.

Guspardi Gaus, member of House Commission II, contacted by ANTARA here on Saturday, said the campaign period can be shortened as long as the government is able to meet regulatory requirements to change the procurement mechanism for election goods and services.

“What we are expecting is government regulation in the form of a presidential decree to soften issues related to logistics supply,” he explained.

The second condition concerns the technical resolution of disputes involving the Supreme Court (MA) and the Constitutional Court (MK), he added.

“The task of the House, together with the government, (is to further facilitate) meetings with the Supreme Court and the Constitutional Court to facilitate or conclude a memorandum of understanding (memorandum of understanding) on ​​how to respond to the implementation of the 75-day campaign because it is linked to the trial period before the State Administrative Court (PTUN), the mechanism of which is regulated by the Supreme Court,” he explained .

If both conditions can be met, Gaus said he believes the campaign period for the 2024 general election can be shortened to 75 days.

Karsayuda said that during the working meeting, the KPU proposed a campaign period of 90 days, while all political party factions in Commission II requested a shorter period of 75 days with two conditions.

“First, changes in the mechanism of supplying goods and services or election logistics should be made more simple, efficient, transparent and accountable,” he said.

Second, Commission II asked the government and the election organizers to draft a codification of the electoral procedure law, he added.

“Of course (the drafting will involve) not only the government and the organizers of the elections, but also the Supreme Court and the Constitutional Court,” he said.

The discussion of the campaign period was one of the five issues discussed during the konsinyering meeting between the Chamber, the Ministry of the Interior and the organizers of the elections.

Four other issues deemed crucial by meeting participants were the electoral budget, digitization of elections, logistics and electoral disputes.

The results of the meeting will be discussed again during a hearing (RDP) between the committees. The reason: the konsinyering The meeting was a semi-formal meeting whose purpose was to find common ground from the divergent views on the implementation of the elections.

The objective of the meeting was to build inter-agency understanding on several issues that often spark debate, including budgets, dispute resolution, campaign periods and the provision of election logistics.

The working committee meeting was part of the agenda to even out perceptions, and it was not an official agenda whose decision was official. “The official decision (will be made during) the RDP,” Karsayuda said.

“In essence, the konsinyering is helpful in facilitating, equalizing perceptions and refining the meetings we will do to respond to the implementation of the 2024 general election,” Gaus added.

Meanwhile, at the meeting, the general election committees also signaled that council members may approve the proposed election budget for 2024 of Rs 76 trillion.

“From Rp 86 trillion (down) to Rp 76 trillion. This means that there are already KPU behaviors and steps (that take) our input and suggestions (into account),” Gaus said.

KPU can save more funds if the budget proposal is lower than Rs 86 trillion, he added. The budget savings include changing the budget cap for the honors of the ad hoc election committee, he continued.

“(In the original draft budget proposal) 70% of the funds are for honors only, now they have been reduced,” Gaus informed.

KPU can save more expenses by cutting other budgets if it can approach the Home Office to request storage facilities, he said.

Through synergy and commitment, members of KPU and Bawaslu Election Organizing Bodies can alleviate the 2024 election issues and save more budget funds.

One of the efforts to anticipate electoral disputes is the strengthening of the Summary Information System (Sirekap) to prevent citizens’ votes from being manipulated.

“The system will allow officials to conveniently summarize the votes. It will also serve as a tool for publishing the results of the counting of votes at the polling stations (TPS). It is fast and accessible to the public. Thus, it is also planned to keep the voting results credible,” said KPU Commissioner Evi Novida Ginting Manik.

Thanks to Sirekap, recapitulation copies can be converted into digital data, which will reduce the workload for officers, she added.

After tallying the votes, officers will manually write the results to a report called C Plano. The report will be photographed and uploaded to the Sirekap Mobile application.

‘Blown by the feet’: Trampers rescued after seven-hour search and rescue operation in extreme weather