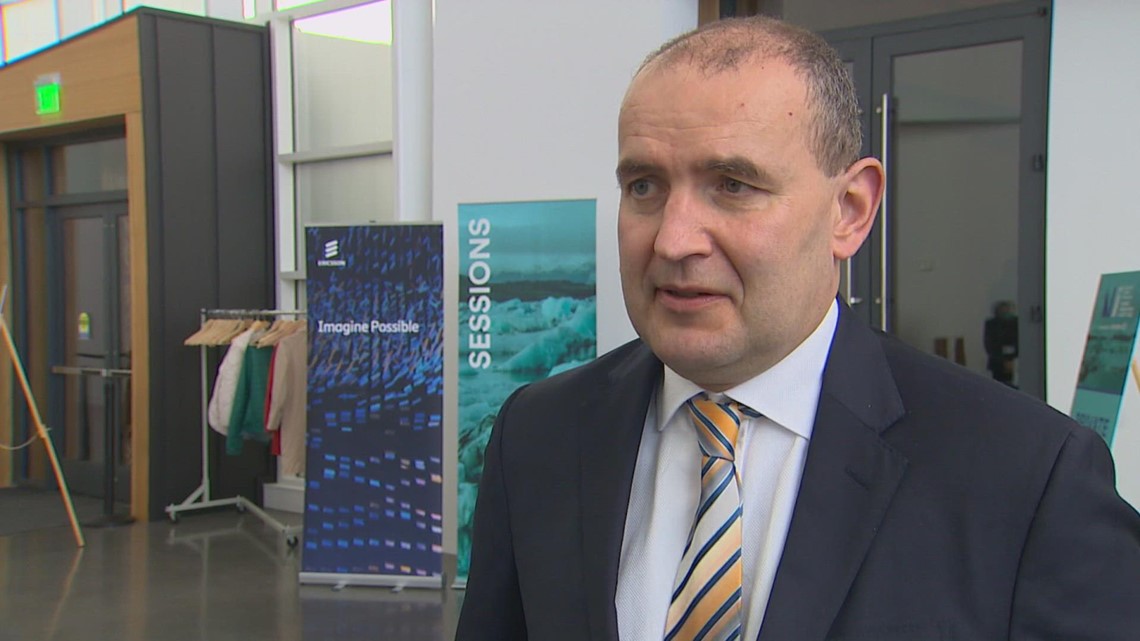 Icelandic President Guðni Jóhannesson is also visiting Microsoft, Amazon and Meta to talk about making it easier to use the Icelandic language on mobile devices.

SEATTLE — It’s not often that the president of a NATO member country travels to western Washington, let alone during an international crisis.

But this was the case on Thursday, with the visit of Icelandic President Guðni Jóhannesson, who stopped at the Nordic National Museum in Ballard.

Johannesson was the keynote speaker at a Nordic Innovation Summit, which included tech leaders from across the region, and cracked jokes about ancient Icelandic tales and how names are mispronounced in the Avengers movies. .

But he used the jokes as a way to dig deeper into the importance of the mother tongue and why countries should have a mission to improve and protect it.

“There is definitely a political element to language and language politics, when you look at the Ukraine conflict, the Russian invasion of Ukraine, where the argument among the leadership in Moscow is that Ukrainian n it’s not really a language,” he said. a group of attendees. “Let the Ukrainian people decide whether Ukrainian is the language or not and you will get a different answer.”

Johannesson’s tour through the West Coast includes stops with tech giants Microsoft, Amazon and Meta. He said, in an interview, that he offered them to make the Icelandic language easier to use on mobile devices and platforms.

“We want to make sure that in our digital age, all of our gadgets, including our phones, have Icelandic. So we can ask Siri, Alexa and others, whatever we need to know in Icelandic, because otherwise our language will not prosper.”

He continued, “This world can only move in the right direction if we advance diversity, if we allow cultures to thrive and we can only do that if we can speak a multitude of languages.”

However, on Thursday Turkey said it opposed the addition. The NATO chief said he was confident the issues could be resolved soon, as did Johannesson as he stood in Seattle.

“Iceland supports the decisions taken by Sweden and Finland and the Nordic region stands together,” he told KING5. “We will have to see how things develop, but the main point from an Icelandic point of view is that we support the decisions made in Stockholm and Helsinki.”

Johannesson, who shared a stage with Russian President Vladimir Putin at an Arctic summit in 2019, also made his country’s view clear.

“We fully support Ukraine as we have from the beginning and we want the aggression to end,” he told KING5.

iPhone SE 3 vs Samsung Galaxy A73: who wins the mid-range duel between these rivals