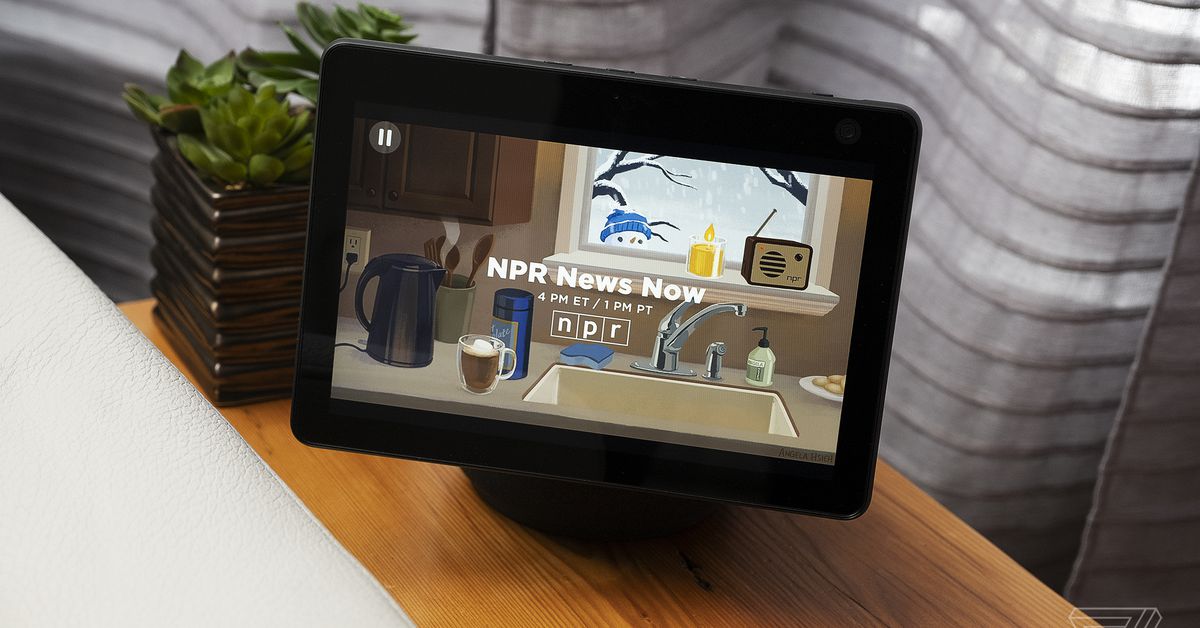 Amazon has announced some small quality of life improvements for various Alexa devices. Its Echo Show line of smart displays gets more live video content in the US and an easier way to navigate news channels. Meanwhile, Alexa mobile devices also have the option to share your ETA while you use their navigation functions.

New live video content providers for Echo Show owners in the US are People TV, ET Live, and Bloomberg TV Plus. Amazon says it has more on the way soon. These new channels, along with Echo Show’s existing library of live video and audio on demand news channels, are now accessible through a new provider list that will be displayed at the bottom of the screen.

In addition to offering manual selection, compatible Echo Show devices can also customize the information they show you by listening to your voice using Voice ID or your appearance using Visual ID. Visual ID launched alongside the Echo Show 15. The feature is also available on the Echo Show 10 (3rd gen) and Echo Show 8 (2nd gen).

If you’re the type of person who uses Alexa for navigation on devices like Echo Auto, Echo Buds, Echo Frames, or a car with Alexa built in, then the new ETA share feature could be a useful addition. Amazon says asking Alexa to â€œshare my ETA homeâ€ will announce your expected arrival time to your other Alexa-enabled devices like smart speakers. If your Alexa mobile device is paired with an Android smartphone, you can also send an ETA via SMS by saying “Alexa, share my ETA with X”, where “X” is the name of one of your contacts. Alexa’s navigation feature relies on the default navigation app on your paired smartphone, according to Amazon’s support page.