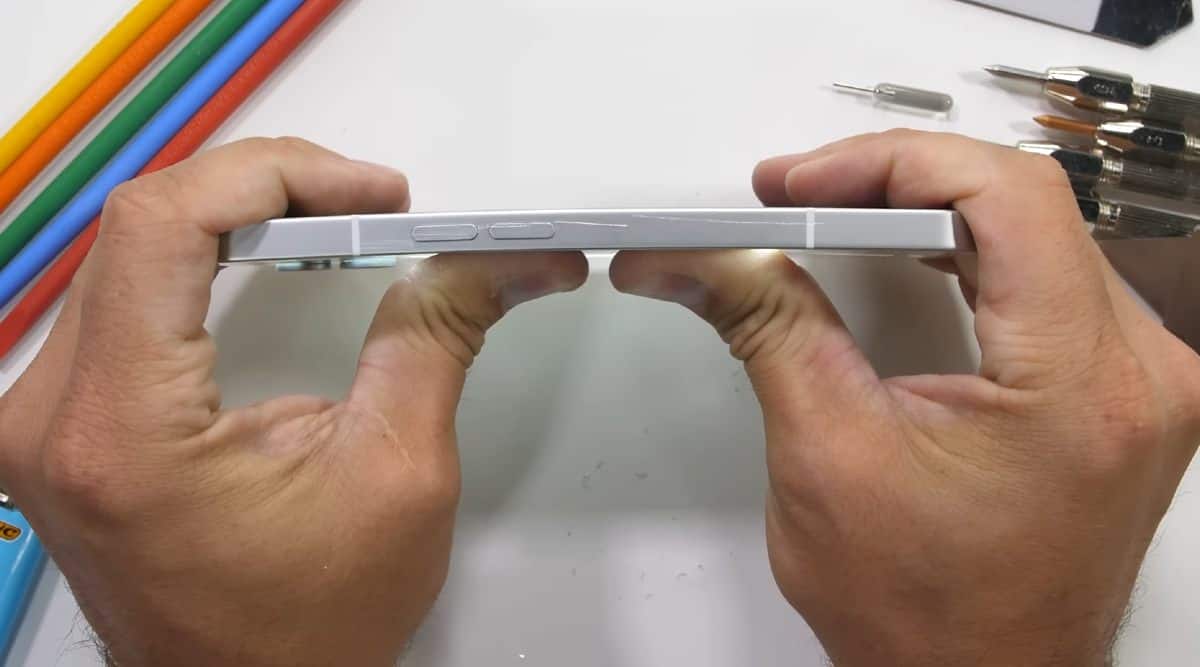 Nothing Phone (1) Easy to Scratch but Hard to Break, Durability Test Reveals

Nothing launched its first smartphone, the Nothing(1) phone last month after months of hype. The phone has garnered a lot of positive feedback for its experience-focused approach and unique design, but is still plagued by various hardware-related issues for many. This includes a green tint issue on the screen, dust buildup, and even issues with Glyph light strips. However, a new video suggests the phone is hard to break.

YouTube creator Zack Nelson is known for performing durability tests for many popular smartphones on his YouTube channel JerryRigEverything. In one of his recent videos, Nelson can be seen testing the Nothing(1) phone, trying to scratch, bend and break the phone.

Although the phone didn’t come out of the test unscathed, it remained very usable even after Nelson tried to snap it in half after bending it halfway. The sides of the phone and display panel, however, quickly picked up scratches, but these were only level 6 and above. The Gorilla Glass-reinforced display panel is impervious to scratches by small sharp objects up to level 5, so things like keys shouldn’t be able to damage it.

The phone’s frame is made of aluminum (not the hardest metal out there) and although it’s much more durable than a plastic frame, it can easily pick up scuffs and the paint can peel off quickly when impacts.

However, the purpose of a hard endurance and damage test is to check if the phone remains functional in an emergency, such as after an accident. This is where the Nothing (1) phone shone, bending just a little near the antenna bands, but not breaking.

Many smartphones often break in half when forcibly bent. Nelson also showed this happening to the OnePlus 10 Pro, which practically broke in half.

It’s great to see a premium mid-range device like the Nothing(1) phone with solid build quality, but the company has yet to address quality control issues with its units. That said, once buyers end up replacing the faulty units with ones that have no tints or dust, they can rest assured that the phone won’t bend or break easily.