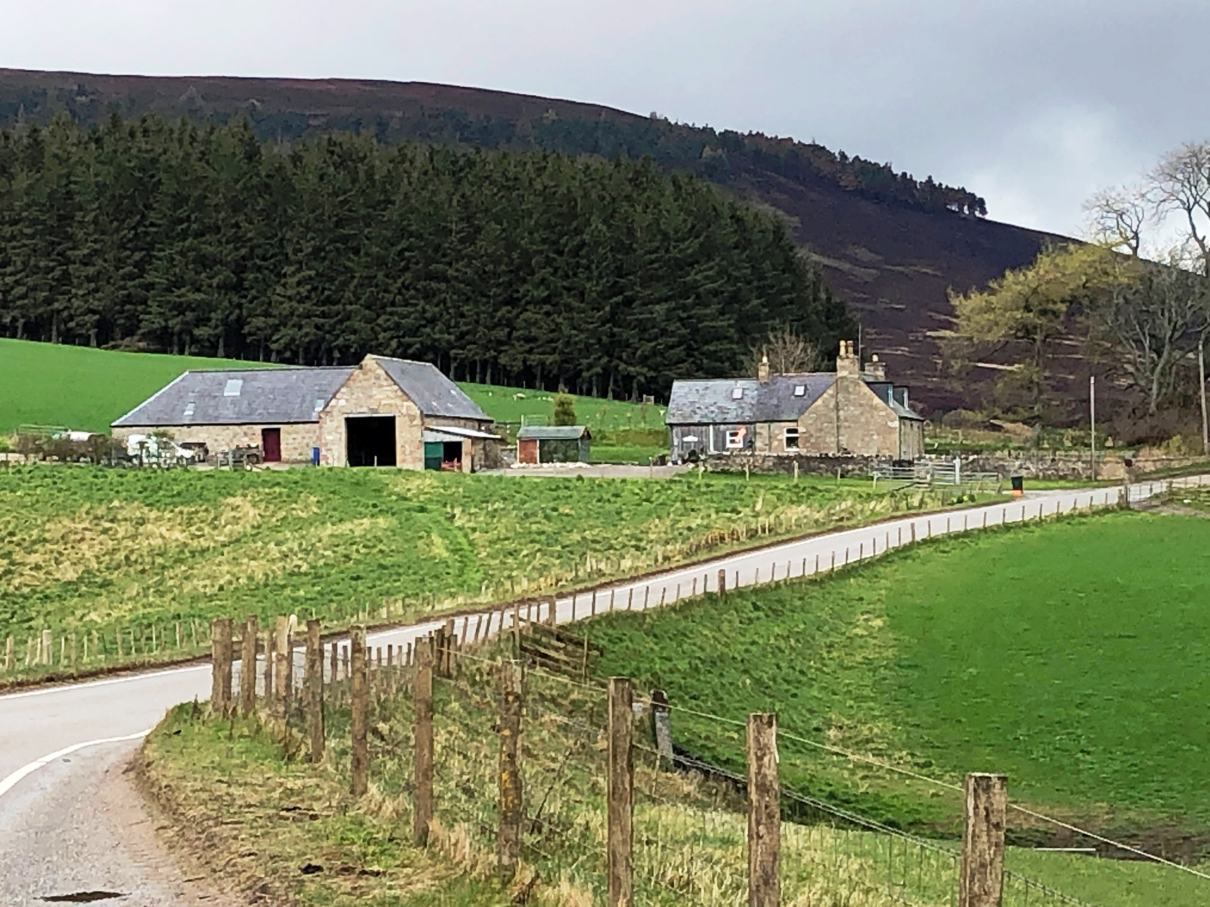 The challenge of navigating Scottish roads

Back home by Chris Hardie

We were on the Isle of Mull, the second largest of the Inner Hebrides islands on the west coast of Scotland. Boarding a ferry from Oban, we landed in Craignure and went to the quaint village of Tobermory for dinner in a pub.

From the pub (where my drink was just water on the rocks) we negotiated 15 miles of single track road in our quest to find our accommodation for the night – a bed and breakfast on another road distant. We had directions so I knew we were on the right road. But we didn’t have the exact address, which meant our sat nav was of no help.

We only passed a few houses, including a dilapidated caravan. “It better not be our hostel,” my wife Sherry said. Then there was nothing. After driving for miles on the narrow single-lane road, traversing several cattle gates and dodging steep drop-offs, I finally found a driveway to turn around.

Obviously we had gone too far – or so we thought.

Sherry pulled out her phone and started taking pictures.

“What are you taking a picture of?” I asked him.

“The road,” she said. “I want there to be a record so our children know how we died.”

“We’re not going to die,” I replied. It was still early evening, it was getting dark in a few hours and we just had to go back and look for our hostel again – even though we were past check-in time.

So we went back through the cattle crossings, navigating the narrow road and the blind turns. We pass in front of the mobile home. And suddenly, around a bend, we saw the sign indicating our hostel. It was located on a rock low to the ground and hard to see, which is why we walked past it.

I am happy to report that we are not dead. And I’m proud to report that I haven’t put a scratch on our rental car after over 2,100 miles of driving on our three week trip to Scotland, where you have to drive on the left side of the road .

This is a better result than our trip to England in 1999 where I drove almost the same number of miles but broke the passenger side mirror on the back of a truck in heavy traffic. During this trip, we also had a car with a manual transmission, so I sat on the right side of the car and shifted gears with my left hand.

This trip we booked a hire car with an automatic transmission which is technically a compact crossover but would be considered a larger car in Scotland. As in England, roads range from motorways – called the M system for motorways – to A-roads, B-roads and single-lane roads.

A roads are the main roads and B roads are the distribution roads, usually with lower traffic densities. The classification does not measure road width or quality and B-roads can range from two-lane to single-lane roads.

What are single lane roads? Let me quote the Undiscover Scotland website:

“When you drive in the most remote areas, sooner or later you find yourself on a road that is too narrow to pass oncoming vehicles towards you. Welcome to Scotland’s single track roads. There are far fewer than before, but there are still a few left. With common sense and a mix of assertiveness and consideration, driving them isn’t as big a deal as it might seem to first-time visitors.

Driving with common sense, assertiveness and consideration seems contradictory, but it’s the truth. The key is to use waypoints – sections of road that are widened to allow two vehicles to fit. If you see a vehicle coming and you are near a crossing point, stop and wait.

Sounds easy. Never mind blind turns and switchbacks. I always assumed that we would meet a car in these corners. We have often done this. But if you are prepared and drive at a reasonable speed, unlike the locals, you can get by.

I only had a few cars that honked or waved at me – there are some that are universally understood – but these were in cities where they resented me driving too slowly. There was an incident at a multi-lane roundabout in Stirling where I apparently cut off a lorry driver.

We followed the truck for a few blocks before it stopped – in the middle of the road. The driver got out, walked back to our car, and gave me a driving lecture. I told him I was sorry and after hearing my “fat accent” – as several Scottish people told me I had – he threw up his hands, got back in his truck and drove off.

Speaking of roundabouts, they are the standard for connecting streets and carriageways. We probably only encountered less than half a dozen of what we would consider conventional intersections – two roads meeting at right angles with red lights. It’s the three to four lane wide roundabouts – with traffic lights – that get a bit confusing.

Generally the roads in Scotland are narrow, often without shoulders and there are often rock faces or trees right to the edge of the road. In the place of the shoulders are washouts that would cause serious damage to the tires or even the axles if you drifted too far to the left.

There are sometimes arrows to indicate curves ahead, but there are no speed limit recommendations, so it could be anything from a slight incline to a hairpin. You will know when you get there.

A car was essential to get to the many places we visited. I was getting more and more comfortable with driving each day we were in Scotland, but it was a relief each night to arrive at my destination. I learned to pull over to let faster drivers pass – including a road rally of several dozen speedsters driving down a minor B road – and stayed as patient as possible.

The lesson I learned is that the people of Wisconsin are rather spoiled by our many miles of wide roads with full shoulders and clear ditches. While we might be nice in the Midwest, I doubt we’d have the consideration to navigate single-lane roads.

And we are not dead.

How the Pataa mobile app hopes to solve the addressing system