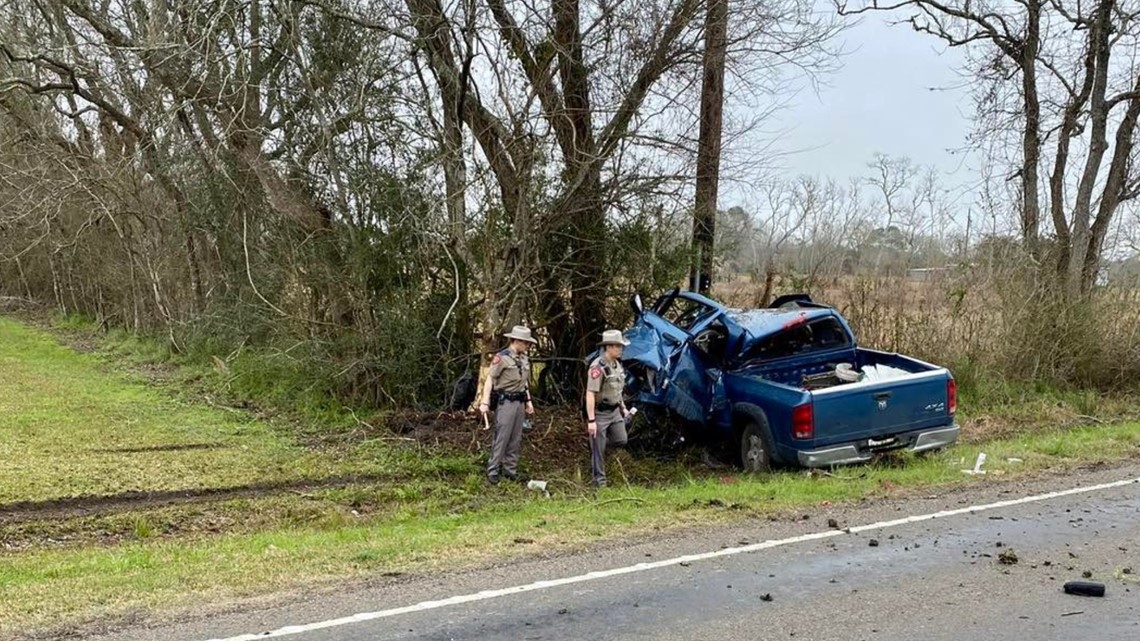 Officials said the suspect drove “recklessly” through the yards of homes in Winfree’s Old River neighborhood.

CHAMBERS COUNTY, Texas — Chambers County deputies investigate a high-speed chase that ended Thursday after a driver crashed into a tree.

The police chase began around 11:15 a.m. Thursday when deputies attempted to carry out a traffic check. Deputies said a burglary suspect’s vehicle was under the Trinity River Bridge of IH-10.

The suspect fled Chambers County deputies heading west on IH-10, then turned north on FM 565, according to the sheriff’s office.

Officials said the suspect drove “recklessly” through the yards of homes in Winfree’s Old River neighborhood.

The suspect then fled in the opposite direction, heading south on FM 565.

The suspect eventually lost control and ran off the roadway, deputies said. The chase ended when the driver sped into a ditch and hit a tree.

The driver died of his injuries and police took the passenger into custody.

Driver’s identity will not be released pending next of kin notification.

Roads have been temporarily closed within the Old River city limits due to the criminal investigation and the traffic accident.

If you have information about a crime, you could earn a cash reward of up to $1,000 by providing an ANONYMOUS tip to Southeast Texas Crime Stoppers.